This evening I went to The Acorn, a new vegetarian restaurant in Vancouver which is considered one of the best new restaurants to have opened in 2012 . Unlike Vancouver’s other exclusive vegetarian restaurants, The Acorn provides top notch service, an incredible space, amazing cocktails, foodie-approved, locally-sourced, gourmet vegetarian cuisine that’s both inventive and delicious. They even have raw, vegan, and gluten-free options!

They also were serving a sunchoke appetizer tonight in the form of a soup. It was amazing: pureed sunchokes topped with parsnip chips, scallion oil and hazelnut salt. The soup was blissfully decadent and I could have eaten a second serving. It’s been a long time since I’ve been that impressed by a soup.

Sunchokes, for the uninitiated, are seasonal root vegetables that you can sometimes find in the winter months at places (here in Vancouver) like Choices, Donald’s, and Urban Fare. They’re sometimes called Jerusalem artichokes, but no, they aren’t related to artichokes at all. They’re a little tuber – the root of a special kind of sunflower. You can eat them raw or cooked. Sunchokes have the texture of a radish and a crisp nutty flavour like a sunflower seed.

When I first started eating sunchokes a few years ago, I noticed that whenever I ate them raw, I’d get a little bit gassy, so I started to cook them without incident. Years passed and I forgot about sunchokes until recently where I bought a few and sliced them raw on my salad, only to discover my previous findings were indeed not a figment of my imagination.

So tonight when I saw the sunchoke soup on the menu, I thought… “Great! I love sunchokes and these sunchokes are cooked! I can eat this without farting the whole night.”

Two hours later I find myself at my sister’s Christmas party and what feels like an army of knives start dancing around in my stomach. I begin to bloat and the pain is unbearable. I excuse myself here and there and promptly find a place where I can sit in solitude and avoid eye contact. My boyfriend looks concerned and I tell him, “I think it’s the sunchoke soup.”

An hour passes and this discomfort is there, but I grin and bear it and somehow convince myself that this isn’t happening. I then sneak away to look up “sunchokes + gas” on Google.

In a dietitian’s blog post titled “Be Careful with Sunchokes“, my suspicions were confirmed.

Sunchokes contain inulin – a type of carbohydrate that is a derivative of fructose. We don’t have the digestive enzymes for this, and foods that we can’t digest cause gas. There is nothing unhealthy about the gas – but in the case of sunchokes it can be pretty extreme and very uncomfortable. The source I mention below says that sunchokes are “three times as farty as any bean”.

I unwittingly ate a whole pound of these yesterday, for lunch. Peeled, parboiled, then sauteed with onions. Took a beano pill first, which did absolutely nothing. Result was hours and hours of painful intestinal gas and bloating (12+). Never again.

Ate a BUNCH of these in a salad last night. Lightly sauteed with olive oil and some white whine vinegar, neither of which helped lessen the gas that could kill a small child. Wish I saw this BEFORE.

I read yet another blog with a similar story. In a blog post titled “My First and Last Sunchoke“, the blogger writes,

It turns out that consuming large quantities of sunchokes can have very, very uncomfortable consequences. Let’s just say—oh, how to put this delicately?—that they caused my insides to react just like the Hindenburg. Which is to say, explosively. My guts were all tied up in knots for no less than 24 hours. I’m no doctor, but I believe that’s what’s known as gastrointestinal distress.

Without going into any more details, I’ll just tell you this:

Tourism professional by day, creative dabbler by night. I have one foot in Vancouver and one on the Sunshine Coast. BCRobyn is where I share travel tips, stories, and photography with the goal of sharing my love for BC with others. Thanks for reading! 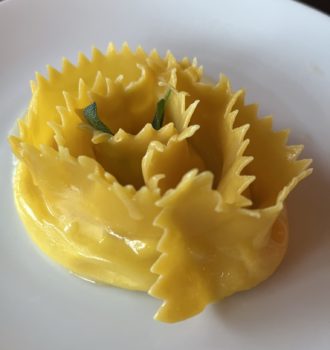 How I Became an Unlikely Mushroom Forager

The Uncertain Future of Finn Slough: The Contemporary History of A Marginalized Society